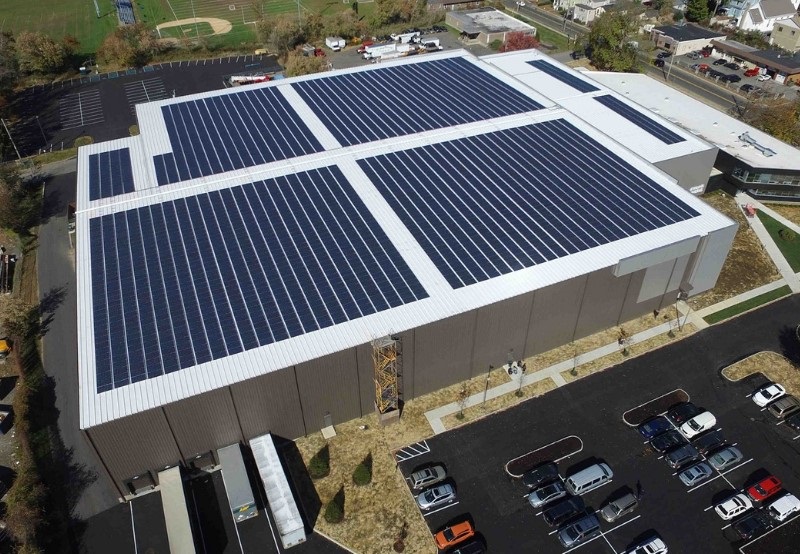 Vancouver, BC, August 29, 2022 – Revolve Renewable Power Corp. (TSXV:REVV) (“Revolve” or the “Company”) is pleased to announce the completion of its purchase of a 100% interest in Centrica Business Solutions Mexico S.A. de C.V. (“CBS Mexico”) as announced on May 26th, 2022.  CBS Mexico, a Mexico-incorporated subsidiary of Centrica PLC (LSE: CLA), owns and operates six distributed generation projects, with a seventh under development, in Mexico.

The acquisition of CBS Mexico provides the following to Revolve:

Mr. Steve Dalton, CEO of Revolve, commented: “We are extremely excited about completing the acquisition of CBS Mexico. It accelerates Revolve’s entry into the distributed generation market while transitioning our business from being solely a development company to an independent power producer generating electricity, revenues and cashflow. We are looking forward to establishing a broader partnership with RE Royalties as we develop and create a pipeline of distributed generation assets in the US and Mexico and expect to announce new sales contracts as we continue to convert our pipeline of opportunities into new renewable energy generating capacity and revenue.”

The acquisition of CBS Mexico immediately delivers a solid foundation of operating projects and a recurring base of revenues to the Company’s newly established distributed generation (or “DG”) division, which operates as “Revolve Renewable Business Solutions”. This division was established to target distributed generation projects with customers across a range of different industries, including manufacturing operations and hotel chains, in the US and Mexico. These projects include rooftop solar, battery storage and energy efficiency projects of up to 5MW located at the customer’s premises. The Company’s vision is to develop, construct and finance projects entering into long term (typically in the range of 10 years) power purchase agreements (“PPAs”) for the sale of electricity from the projects to underlying customers.

The purchase price has been financed by a CDN$1,600,000 secured loan, with the remainder of the purchase price being funded by cash on hand. The financing consists of a secured loan and a royalty agreement between Revolve and RE Royalties Ltd. The Secured Loan has a term of 24 months and is repayable at maturity, bears interest at 10% payable on a quarterly basis during the term. The Company has paid RE Royalties a financing fee of 1.5% of the Secured Loan amount on signing and drawdown of the loan facility. An exit fee of 1.5% will also be due on final repayment of the loan at the end of the 24mth term. The loan is secured by certain assets of the Company.  Additionally, the Company has entered into a royalty agreement which provides for a variable royalty of between 1% to 5% on gross revenues generated on certain of the Operational Projects for the life of the power purchase agreements for each relevant Operational Project. The Company and RE Royalties expect to collaborate on further distribution generation projects as the Company looks to continue to aggressively grow this part of its business.

CBS Mexico generates revenue in Mexican Pesos. For ease of reference all dollar amounts have been presented in US dollars unless stated otherwise. Where applicable and stated in U.S. dollars at exchange rate of 1 Mexican Peso (MX$) to .049 US dollars (US$).

What is Distributed Generation?

Distributed Generation (or “DG”) is the approach of provisioning energy assets, most commonly solar and battery technologies, near the consumer. The power generation and storage assets can be installed on rooftops or in close proximity to provide renewable power and battery storage services directly to the consumer’s location.

Revolve installs renewable power and storage systems at customer premises at its own cost and sells the renewable energy back to these customers through long-term power purchase agreements (or “PPAs”). The primary target markets are large commercial and industrial enterprises, including manufacturing operations and hotel chains that prefer renewable energy and seek to reduce their CO2 emissions.

Revolve was formed in 2012 to capitalize on the growing global demand for renewable power. Revolve develops utility-scale wind, solar and battery storage projects in the US and Mexico with a portfolio of 3,700MW under development.  The Company has a second division, Revolve Renewable Business Solutions which installs and operates sub 20MW “behind the meter” distributed generation (or “DG”) assets. Revolve Renewable Business Solutions, currently has an operating portfolio of 2.85MW with an additional 3MW in the construction phase.

Revolve has an accomplished management team with a demonstrated track record of taking projects from “greenfield” through to “ready to build” (or “RTB”) status and successfully concluding project sales to large operators of utility-scale renewable energy projects.  To-date, Revolve has developed and sold over 300MW of projects.

Going forward, Revolve is targeting 5,000MW of utility-scale projects under development in the US and Mexico, and in parallel is rapidly growing its portfolio of revenue-generating distributed generation assets.

Although Revolve believes, in light of the experience of its officers and directors, current conditions and expected future developments and other factors that have been considered appropriate that the expectations reflected in this forward-looking information are reasonable, undue reliance should not be placed on them because Revolve can give no assurance that they will prove to be correct. When used in this press release, the words “estimate”, “project”, “belief”, “anticipate”, “intend”, “expect”, “plan”, “predict”, “may” or “should” and the negative of these words or such variations thereon or comparable terminology are intended to identify forward-looking statements and information. The forward-looking statements and information in this press release include information relating to the business plans of Revolve and Revolve’s management’s expectation on the growth and performance of its business in the United States and Mexico, including the planned MW capacity of its projects; its expansion into the distributed generation market; potential opportunities in the distributed generation market; the completion and timing of the development of its planned portfolio of distributed generation projects; the completion of the Transaction, including final approval of the transaction by the TSXV; potential revenues generated from CBS Mexico; and the Company’s plans to develop, construct and finance rooftop solar, battery storage and energy efficiency projects of up to 5MW  and enter into long term power purchase agreements for the sale of electricity from the projects with the underlying customers. Such statements and information reflect the current view of Revolve and/or Revolve, respectively.

The forward-looking statements contained in this news release are based on current expectations, estimates, projections and assumptions, having regard to the Company’s experience and its perception of historical trends, and includes, but is not limited to, expectations, estimates, projections and assumptions relating to the extent of regulations pertaining to the Company’s projects and Revolve’s ability to continue as going concern. Risks and uncertainties that may cause actual results to differ materially from those contemplated in those forward-looking statements and information, including but not limited to: the effects of weather, catastrophes and public health crises, including COVID-19; labour availability; disruptions to the Company’s supply chains; changes to regulatory environment, including interpretation of production tax credits; armed hostilities and geopolitical conflicts; failure to obtain necessary regulatory approvals in a timely fashion, or at all; risks related to the development and potential development of the Company’s projects; conclusions of economic evaluations; changes in project parameters as plans continue to be refined; the availability of tax incentives in connection with the development of renewable energy projects and the sale of electrical energy; as well as those factors discussed in the sections relating to risk factors discussed in the Company’s continuous disclosure filings on SEDAR. Such statements and information reflect the current view of Revolve. By their nature, forward-looking statements involve known and unknown risks, uncertainties and other factors which may cause our actual results, performance or achievements, or other future events, to be materially different from any future results, performance or achievements expressed or implied by such forward-looking statements.